This week Team Living90045 welcomes a particularly special guest post from Catherine Galanti. Would you like to write for us? More info here.

The 2017 MLB Amateur Draft marks an exciting event for MLB fans, staff and prospective players. This week, the best high school and college players from around the country were selected to begin their professional careers in the organizations of major league teams. Did you miss it? No worries! I had the chance to get an inside look at what the draft is really like. END_OF_DOCUMENT_TOKEN_TO_BE_REPLACED

LMU had an eventful few days this weekend, with their last home series against the University of San Diego Toreros.

USD had proven to be a difficult competitor to its previous opponents, entering the series with a 27-12 overall record.

The Toreros held a first place spot in the conference for several weeks, before falling to fourth when Brigham Young took their series last week.

USD took game one on Friday night with a total of 19 hits, five of which were home runs. The lead traded back and forth almost every inning, with the Lions leading 10-7 going into the ninth inning. However, a solo homer and 1-out single off Codie Paiva opened up the top of the ninth, putting the score at 10-8.

The Lions fought back, working to two outs with 1 on. Down to the last strike, Torero player Chris McCready launched a go ahead homer, which ultimately sunk the Lions.

Having dropped the series opener, LMU found itself in a three way tie for 2nd place with USD and Gonzaga. Going into Saturday’s game, they hoped to even the series and establish their place in the rankings. Junior ace Cory Abbott took the mound, throwing another beautiful game in what seems to be becoming a weekly show. In the first 6 innings, Abbott didn’t allow a hit, let alone a run.

After 8 innings, Abbott allowed only 3 unearned runs on three hits, and struck out a career high 15 batters. He is only one strikeout away from the school all-time record of most in one game, set at 16 in 1996. Abbott’s record is now 9-1, and leads the entire country in wins.

This win gave Abbott his third WCC Pitcher of the Week title, and second national Pitcher of the Week award. Offensively, the Lions were just as hot, logging 10 runs on 14 hits. 7 of those runs came in one inning alone. Six Lions had multi-hit games, including Billy Wilson’s third homer of the season.

With the upset of the Toreros on Saturday, the three-way tie for 2nd place was broken. Gonzaga lost as well, and BYU hasn’t played quite as many games on the season, putting LMU in sole possession of the #2 spot. Sending Blake Redman to the hill, and hoping the momentum would carry over to Sunday, the Lions aimed to break the series tie. Though USD struck first, LMU rallied, scoring 6 runs with a walk, a balk, a passed ball, a hit-by-pitch, and two singles from Spencer Erdman to seal the series.

With the series win, LMU is nationally ranked for the first time this season. The Lions hope to hold onto or move up from #23 in the country. Sunday’s victory marked win #30 for the Lions. They are currently the only team in the WCC to amass 30 wins so far. The Lions are expected not only to reach the WCC Championships later this month, but hope to advance past them.

Whether the team can make it all the way to Omaha for the College World Series has yet to be revealed, but the team and their fans are optimistic for their success. LMU is still undefeated in weekend series, improving to 10-0-1.

For many of the Lions, this was their last home game at LMU in their collegiate careers. With a graduating class of 11, the seniors were celebrated before Sunday’s game with a small ceremony, photos and, of course, the 6-3 series win.

LMU does not have any games this week, due to finals and graduation. Their next game comes on May 9th, when they play UC Riverside. They play CSU Bakersfield the next day, May 10th. The biggest road series of the season comes when they face the Gonzaga Bulldogs in Spokane, WA starting on May 12. All away games can be streamed for free online through lmulions.com.

This week Living90045 welcomes a guest post from Catherine Galanti. Would you like to write for us? More info here.

A few weeks ago, I wrote a post on why more people should go to the Loyola Marymount (LMU) baseball games. If anything, that list has only grown since the start of the season.

I know how excited everyone is for the start of the MLB season. I feel the same way. Long, cold months without baseball and actually having to do work instead of watch a game is pretty tortuous. It seems like forever since Major League Baseball was upon us, but now it’s back. If you can’t make it to see your favorite pro team, and even if you can, here are just a few reasons to come out to watch the Lions.

2017 is shaping up to be quite a historic season. At the beginning of the year, LMU beat Arizona State for the first time in 21 years. Pitcher Cory Abbott recorded the first perfect game in LMU school history against BYU. The Lions swept a series for the first time this weekend against West Coast Conference opponent, University of the Pacific. In fact, the Lions have won almost every weekend series they’ve played, going 6-0-1.

They are currently on a hot streak, with a 19-10 record. The Lions won 8 games in a row for the first time since 2009. LMU holds a firm second place in the WCC, with a 6-2 conference record. If they hold on to one of the top four spots in the conference, the Lions will advance to the WCC tournament after the regular season. The tournament in its current form has taken place since 2013, and LMU has gone twice since then.

LMU hitting has really impressed, as well. In the last few games, LMU has dominated with 2 grand slams, back to back home runs, and Billy Wilson’s trio of triples in as many days. Perhaps even more impressive than his hitting is Wilson’s speed around the bases, scoring from first twice this week, and leading the WCC in stolen bases.

On top of all this, LMU has walked-off three times this season, including last weekend against Pacific and Tuesday versus non-conference opponent UC Riverside.

The chemistry on the team is magical. The Lions are having fun and playing their best – and it shows. History is in the making. Don’t you want to be a part of it?

The Lions hope to extend their streak as conference play resumes when the Santa Clara Broncos visit the Lions at home this weekend.

Do you know about the Westchester, PdR & Playa Vista Moms Group on Facebook? 2400+ very engaged moms asking questions and offering advice on a variety of mom topics.

Today, a new mom in the neighborhood asked for recommendations for breakfast joints within a 10 minute drive, and within six hours of her request, she had 70 comments. With so much passion on the topic, I knew I needed to capture the information in a post for future reference. We do like our breakfasts out in these parts!

So, in no particular order except for some rough geo sorting, here is the list with the number of votes in parens. No parens means only a single vote. I added links to websites, facebook or yelp for more information.

I have to say, I’ve been here 15 years and have more than a little experience with many on the list, but I picked up more than one idea from this conversation. Enjoy!!

Don’t see your favorite on the list? By all means, tell us about it in the comments! 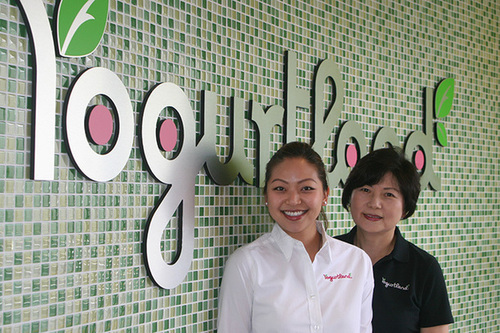 Whether you’re a red velvet cupcake batter with chocolate sprinkles kind of guy or an apricot tart with fresh strawberries kind of woman, Westchester’s Yogurtland has enough flavors and toppings to satisfy the most discriminating of palettes.

Since opening on January 22, Yogurtland has been popular with community members, students and people on their way to and from LAX, surpassing expectations for Sharon Lee who owns the Westchester Yogurtland location with her mother, Ann Lee.

Zoe and I can confirm that the yogurt is dee-lish! I went nuts for the Maple Cookie, but hurry! It’s a March specialty.

Yogurtland is located at 8752 S. Sepulveda Boulevard in Westchester.

UPDATE: two-fer coupons arrived in the mail on 3/11 with the local grocery ads. And, sadly, it looks like the Maple Cookie stays on the menu only through the end of this week. 😦

Perfect for Christmas in SoCal! A holiday sing along in 75 degree weather. Bring your mittens and hot chocolate anyway.

Chick-Fil-A wants the old Grinder location at Sepulveda & Manchester. What do you think? Good idea? Terrible idea? If you have an opinion, word on the street is that 40+ residents should attend Tuesday’s Planning and Land Use Committee Meeting:

LAPD is serving up pancakes on Saturday and you’re invited!

The open house is free, and includes guided tours of the facility, games and a raffle. Also on hand will be LAPD specialized units and ATV’s, a safety booth sponsored by the CA Highway Patrol and a display from Mothers Against Drunk Driving.

Come and meet our local officers, our local lifeguards, representatives from the Department of Public Health and other city employees.

For more information, go to the Pacific Boosters website. There is also a link on that site to purchase pancake tickets in advance.

For the full story, motor on over to thesource.metro.net. 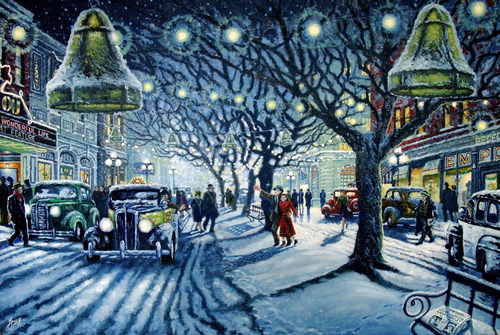 Kentwood Players will hold auditions [for] ‘It’s a Wonderful Life: A Live Radio Play’ by Joe Landry on Saturday, September 14, 2013 from 11am-4pm and on Sunday, September 15 from 6-9pm with possible callbacks on Monday, September 16 at 7pm at Westchester Playhouse, located at 8301 Hindry Avenue, Westchester, CA 90045.

Production dates are November 8 to December 14, 2013 for a six-week run on Fridays and Saturdays at 8pm with Sunday matinees at 2pm. The production is directed by Gypsy Foster and produced by Alison Mattiza by special arrangement with Playscripts Inc.